The Story of Egyptian Heart 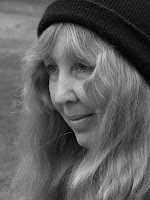 Let me start with this: I have always loved ancient Egyptian stories since I was a child. I remember I wrote one of my first school papers at around eleven years old in pencil on the ancient Egyptians after dragging home an armful of musty smelling books from the library. I don’t recall exactly why I loved this particular time period and the people that lived in it but it might have had something to do with the movies The Ten Commandments (I was raised a Catholic), the horror mummy movies of the 1960’s and the early TV shows on Nefertiti and Cleopatra. I just had this affinity for the period.

It was February 1994 (I noted it on the outside of the manila folder where I keep a running book history on each novel) when I began Egyptian Heart. Originally I called it The Cursed Scarab. Later, I retitled it Egyptian Heart because I wanted it to more reflect the romance tale it had become.

I still had my agent, Lori Perkins, who’d sold four earlier novels for me to Zebra Books (Vampire Blood, 1991; The Last Vampire, 1992; Witches, 1993 and The Calling, 1994…after I’d sold my first three novels on my own to Leisure Books: Evil Stalks the Night, 1984: The Heart of the Rose, 1985; Blood Forge,1989) and she’d told me about a new romantic horror line that Silhouette was starting called the Shadows Line. They wanted to tap into the darker romantic paranormal market. Lori said they wanted the kind of story I wrote but with more romance. It was Silhouette after all.  I’d been labeled as a horror writer from the get go, though all my novels blended genres; usually I wrote a romantic horror mixture with dashes of adventure, suspense and sometimes threw in a little history or mystery as well…but in those days the big publishers felt the need (and I think they still do) to squeeze a writer into one narrow slot. So I was a horror writer.

But by 1994 I’d lost my sweet editor at Zebra and a new one took her place...and over the next year he didn’t like anything I wrote for him and later that year Zebra unceremoniously dropped me and my latest book (Predator, a story about a dinosaur in Crater Lake…which never came out but still lingers like some weird ghost book in every computer on the global Internet) only six weeks away from going to the bookstore shelves. I’d begged the new editor not to call it Predator, bad title since there was a popular movie out of that name and it was nothing about a dinosaur, and the cover was awful, an empty boat on a lake…what!!! Having that book – my first ever – dumped like that was a crushing experience, let me tell you. I had a stack of finished, printed covers and had already done my final edits! I got to keep my advance but the book was officially dead. The new editor-that-didn’t-like-my-writing explained: “No one wants to read a book about a dinosaur.” And six months later Jurassic Park came out! The book is still sitting in a drawer somewhere and perhaps one day I’ll resurrect and finish it as well).

At that point, my agent wanted me to branch out so I wrote two manuscripts for the Silhouette Shadows Line or tried to.  Egyptian Heart and Shadow Road (a romantic suspense about a woman truck driver driving a dangerous wintry route with a murderer on her tail, and a hitchhiker in her cab that she feels she’s falling in love with…and fears, at times, he’s the killer; which later I retitled and sold as Winter’s Journey). To make a long story short, Silhouette Shadows turned both down. Seems I had too much horror in them; not enough sex. I didn’t follow the formula. Sheesh. I’ve never liked depending too much on sex in any of my books or writing a book too predictable. The originality of the novel and the characters make the story for me.

After that my agent dropped me. Ah, the life of a writer.

So, then life (as it has many times in my 39 year writing career), family and job problems, and my other novels (I was into murder mysteries for years and sold two to Avalon Books), got in the way and Egyptian Heart and Shadow Road went into drawer hibernation until, oh, about 2004, when I rediscovered them, dug them out, rewrote them and began trying to sell them again. Sometimes, I’ve found, a book left alone in a dark cubbyhole ages like good wine. (Or sometimes it just turns to vinegar.)

Fast forward three years to 2007 and a new e-book (e-books still being considered a risky new-fangled craze at that time!) publisher called The Wild Rose Press contracted both and eventually a third called The Ice Bridge, a ghostly romantic murder mystery set on Mackinac Island, and published them. Good publisher. They treated me well. But in 2010 when I contracted my two newest novels, Before the End: A Time of Demons and The Woman in Crimson (both romantic horror) my new publisher, Kim Richards Gilchrist at Damnation Books wanted to bring out all my old out-of-print novels again (going back to those early Leisure Books from the 1980’s) in print – and e-books for the first time ever.  Seven old paperbacks. I’d rewrite them all, get new covers and they’d all live again. I was thrilled. And grateful. It would take a lot of work on both our parts but when we were done ALL my old novels would be in print again and in electronic form out in the world. I jumped right in.

Then when my two year contract (I was lucky, e-books still being new, it was only for two years; now most e-book publishers contract for five years or longer) ran out with The Wild Rose Press. I happily switched Egyptian Heart, Winter’s Journey, The Ice Bridge and a novella Don’t Look Back, Agnes to Eternal Press (Damnation Books sister company).

The new cover for Egyptian Heart by Dawne Dominique is amazingly beautiful and Kim Richards herself was my editor. Thank you both.

So from a child’s love of ancient Egypt to the finished book, it’s been a long journey and goes to show all you writer’s out there that, yes, persistence does sometimes win out.  And a good book never dies. It just ages like wine in a dark drawer.

I hope you’ll give Egyptian Heart a look and a read. The best way to describe it is through its blurb and so here it is:

Maggie Owen is a beautiful, spirited Egyptologist, but lonely. Even being in Egypt on a grant from the college she teaches at to search for an undiscovered necropolis she’s certain lies below the sands beyond the pyramids of Gizah doesn’t give her the happiness she’d hoped it would.
There’s always been and is something missing. Love.
Then her workmen uncover Ramose Nakh-Min’s ancient tomb and an amulet from his sarcophagus hurls her back to 1340 B.C – where she falls hopelessly in love with the man she was destined to be with, noble Ramose, who faithfully serves the heretic Pharaoh Akhenaton and his queen Nefertiti.
She’s fallen into perilous times with civil war threatening Egypt. She’s been mistaken for one of Ramose’s runaway slaves and with her light hair, jinn green eyes and fair skin she doesn’t fit in. Some say she’s magical and evil. Ramose’s favorite, Makere, tries to kill her.
The people, angry the Pharaoh has set his Queen aside and forced them to worship one god are rising up against him.
Maggie’s caught dangerously in the middle.
In the end, desperately in love, will she find a way to stay alive and with Ramose in ancient Egypt–and to make a difference in his world and history?
Because Maggie has finally found love.
Eternal Press buy link: http://www.eternalpress.biz/book.php?isbn=9781615724437
You Tube Video Link: http://www.youtube.com/watch?v=cogCNYKzPqc

Since childhood I’ve always been an artist and worked as a graphic designer in the corporate world and for newspapers for twenty-three years before I quit to write full time. I began writing novels at 21 (over forty years ago now) and have had fourteen (nine romantic horror, one historical romance and two mysteries) previous novels published from Zebra Books, Leisure Books, Avalon Books, The Wild Rose Press, Damnation Books and Eternal Press.

I asked Kathryn Meyer Griffith if she would permit me to review Egyptian Heart because I like time travel romances. I also loved her book cover. Although every story I’ve read involving a character going back in time and falling in love ends the same, I still enjoy seeing how the author brings the character to the point of decision, “Do I stay … or do I return.”

Egyptian Heart was especially intriguing because, instead of the character going back to a time of greater moral righteousness, the heroine/Egyptologist, Maggie Owen, was swept away to a time of brutality and immoral behavior. Maggie brought her personal code of conduct with her, and the courage and conviction to live by it. She was honorable. She stood up for others as well as herself. She demanded reasonable treatment. Rather than adapt to the time in which she found herself, she required the people of that time adapt to her. That was a twist I enjoy finding in novels I read – high standards and moral behavior. The heroine is a strong character. She is also quite beautiful and extremely lucky. Were it not for a benevolent benefactor, she would have been killed outright.

The historical references throughout the story added considerable depth. Many of the events in the novel were recently chronicled on the History Channel; however, Kathryn added her own view of everyday life around 1350 B.C. The descriptions of homes, slaves, palaces and even the river Nile, as those things might have been at the time, could well have been written by an eye-witness.  That made Egyptian Heart an even more enjoyable read. I also liked the way the heroine walked a thin line to keep her true identity hidden and information about the future concealed, else she be declared an evil “jinn.” Her Western appearance already being a problem, any hint of capability beyond the norm could have meant a death sentence.
Beyond the time travel and the interesting incorporation of Pharos, Queen Nefertiti, first and second wives, and court drama, Egyptian Heart is a solid romance novel. The heroine falls deeply in love in an impossible situation and must, in the end, decide for herself if love can indeed conquer all. The book was clearly written for women; however, as a guy, I can honestly say I enjoyed it very much. If all women were like Maggie Owen, this would be a fascinating world indeed.

Egyptian Heart is published by Eternal Press. The story is told in first person past tense, something I had not seen before, and book is fairly well edited. I rate it at four and one-half stars.