Today Miss Havana presents an interview with Mel Massey, author of Earth's Magick and Decker. Miss Havana believes the short blurbs that follow the interview will pique your interest ... and Miss Havana knows a great deal about the dark side.

Give us an insight into your main character. What does he/she do that is so special?
My poor main character, Mela, really gets it bad from the first page.  A nasty being that’s trying to kill her attacks her nightly.  Mela is special because of the choices she makes to protect herself.  She’s open to the idea and the power of "magick."  Although, she really has no idea about any of it, she’s willing, and that’s all it takes sometimes, a little leap of faith and a whole lot of intent.  She wasn’t born with any area or special gifts, she’s simply a bit braver than most.

How much research do you do?
Sooooo much research went into this series.  First, let me say, I’ve outlined the entire series, and that took some time.  Then I outlined, researched, and created the “ancient characters” and that took an extremely long time.  Not to mention writing spells, and "magickal" history that worked with this world. I had to create the entire history of the Elementai, which is totally made up by the way.

If this book is part of a series, tell us a little about it?
Yes!  This is the first book in a five part series.  Plus four companion novels.  Each book’s theme is written right on the cover. The first is Earth.  Book 2 is Water, etc. Each book introduces new characters both good and bad.  The story starts to get more complex, and sadly, darker, as the series goes on.

What are your thoughts on writing a book series?
Personally, I’m a fan of authors who know where the series is going.  Even if they’re not sure on how the main character will get there, I’d like to know there is a purpose and a reason for it all. I do know how the Earth’s Magick series will end.  Some things may change as the books are written but I know the final outcome and I think that makes for a stronger series.  I read somewhere that an author of a series ought to plot the tale from the end to the beginning.  I totally agree with that.  But then again, there are other authors who’ve made a great living on going with the flow with no real clue…to each their own. 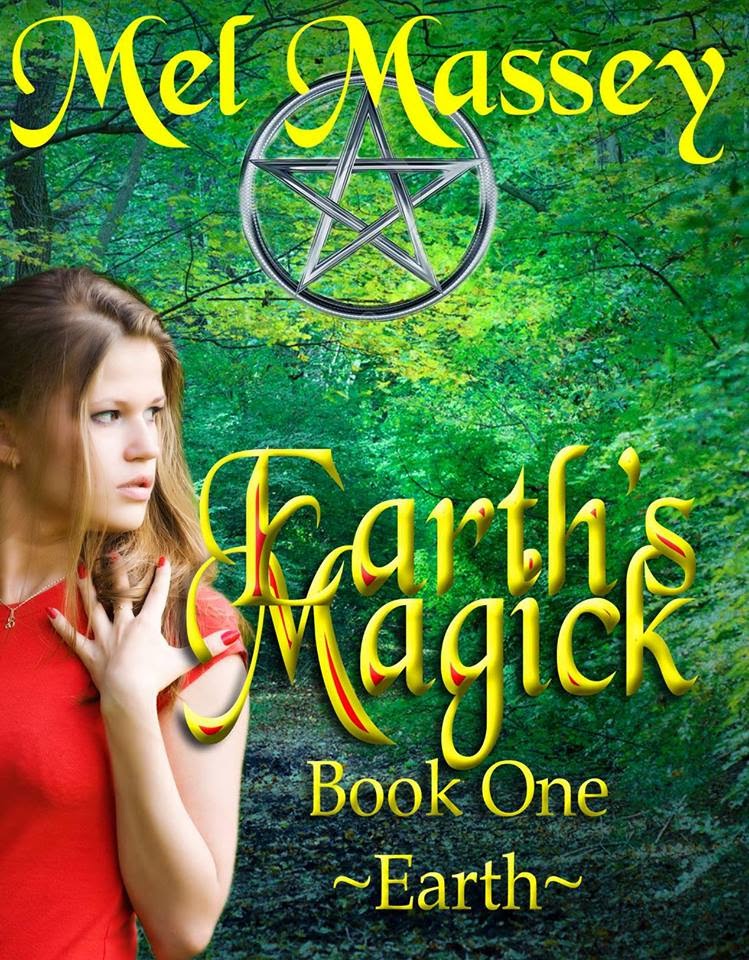 Life in Trinity Hills, Texas goes from normal to deadly for Mela Malone. Whenever Mela falls asleep, a mysterious creature, called The Hag, tries to kill her. What begins as dabbling in protective spells from an ancient Grimoire, leads to her initiation into an ancient order of warrior witches known as the Elementai. Mela learns war is coming with The Darkness and the Hag is only one of the evil creatures in its service. As an Elementai, Mela learns it’s her duty to find four part-human sisters who can help defeat the evil that threatens to return to the world. With every new discovery, Mela uncovers ancient secrets that complicate her quest further. As war approaches, everyone must make a choice - fight with the Elementai for all life on Earth, or fight for The Darkness.

In this first companion novel to the Earth’s Magick series, Decker tells his incredible, and sometimes painful, life story. For over 2,000 years, he has fought to survive and find his place in this ever-changing world. Beginning in a remote village in ancient Saudi Arabia, he takes the reader with him to Egypt, Rome, Gaul, Ireland, Scotland, Africa, and finally to the New World. Earth’s Magick readers will relive Decker’s incredible adventures and his most intimate secrets.

Please see www.melmassey.com for news on the Earth’s Magick series, Mel’s blog, links to her books, and forums for readers to chat with each other.