Review of works by Gary Peterson

Yes, I write, but I love to read as well. Today I've had the pleasure of reviewing a novel and two short stories by Gary Peterson, author for Solstice Publishing. The reviews speak for themselves. You will enjoy his books.

For those of you who remember the 1951 – 1969 Dragnet television series with Sgt. Joe Friday (Badge 714), played by American actor Jack Webb, this book is for you. The paranormal-mystery-thriller is set in the early 1960’s with dialog reminiscent of “My name is Friday—I’m a cop.” It’s also important to note DNA and other sophisticated crime-solving super-science techniques weren’t available then, so murders were solved by collecting evidence the old fashion way. By today’s standards, evidence was everywhere, but at that time, not so much. Mr. Peterson was careful not to jump-the-gun on the realities of that era, and ensured the personalities of the detectives and the technology of the day were consistent. Personal biases led police in one direction, while friendship and faith in the accused led retired detective Gary Wise in another.

I also liked the family atmosphere depicted in the book, a simpler time when hard times brought people together rather than tearing them apart. I believe the book is quite suitable for young adults and adults alike. There were baseball games at office picnics, homemade Christmas gifts and period television shows—all the things that could transport the reader back to that era, my era. Okay, so that gives some insight into my age, but it also made me appreciate the work even more. It was a great read. The ending made me feel good all over.

My problem in reviewing this book is not telling you how I felt about it, but how to describe it without being a spoiler. I can say this. There are hints throughout the novel about who the bad guys are, but I missed every one … until the perpetrators were revealed. Only then were the evil-doers clear to me. It was more fun that way. If I had guessed the ending up front, I wouldn’t have enjoyed the story as much as I did.

Here’s an overview. A vengeful office co-worker frames an honest and loving family man. He loses everything except his wife and children. He struggles to regain his life, but is framed again…and again. You can’t help but feel sorry for the poor guy, although, I did wonder a few times if he REALLY was guilty. He is fortunate retired Detective Gary Wise comes to his aid, or better yet, that they come to each other’s aid.

Here’s what I can share without giving away too much. The paranormal component, while present, isn’t central to the story. Yes, it adds a few interesting twists, but the real meat of the story is the interplay between the accused, the police, the lawyers, the family of the accused, the victims (who, by the way, “pile up” over many years) and the perpetrators. I also liked the way Mr. Peterson approached the story. The novel begins very near the victim’s death as he struggles to remember how he got in such a terrible situation. Periodically, as the story unfolds, there is a flash forward to the victim’s current plight, which just gets worse with time. The story is gradually revealed through the victim’s recall of recent events, but his situation is so dire the reader will chew his nails wondering how he will get out of his situation. I won’t say how it ends here, but if you like mysteries, then you will love the ending. 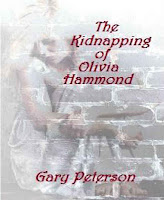 Review: “The Kidnapping of Olivia Hammond” by Gary Peterson

This fast-paced short story immediately drew me in by exploiting a situation I’ve always been concerned about: the risks faced by female real estate agents when homes are privately shown. Although it’s her first experience with on-the-job-training after passing her real estate exam, Olivia’s worst fears are realized when she is kidnapped and chained in a basement beneath a cabin in the woods. The police will do nothing until she’s been missing for 72 hours and, by that time, she will be dead. Mr. Peterson rivets readers on every word as Olivia’s brother and faithful dog risk their own lives to find her, but the killer has ideas of his own. Their best efforts to save her could succeed or fail; you’ll need to read this cliffhanger to find out. 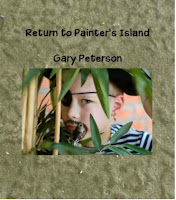 This short story delivers a sweet and nostalgic glimpse of childhood at a time siblings played together and children worked to help the family survive. I’ve never been to Painter’s Island, but it reminded me a place my brother and sister played as children, raft and all. One could almost picture this story as an extension to The Adventures of Tom Sawyer. It was a fast and fun read; definitely a five-star short story.

To both Gary Peterson and all who stop by to read these reviews today, THANK YOU for being here. Please leave a comment. We would love to hear from you.